Everything to Know About Power Over Internet 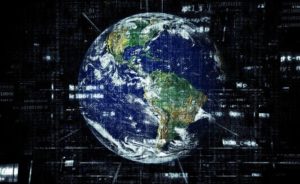 Power over internet is a really neat way to gain electrical power for your business.

Most people assume that the only access they have to power is through the wires that run into their home and through the walls to the sockets. While that has traditionally been true, it isn’t the only source of power out there. You can actually access power through ethernet cables. If you really think about it, you know this is true – you actually have several types of cables in your home that transmit both data and power. But can you use power from ethernet cables to power anything substantial? In short, yes!

How Does Power Over Internet Work?

Power over Ethernet, or PoE, is fairly simple. It requires use of a twisted pair Ethernet cable that is plugged into the device that needs to be powered. For the most part, devices that are designed to send data over the web, can also be powered by PoE, including webcams, VoIP phones, point of sale systems, routers, and IPTVs, to name a few. To use power over internet, you need either a midspan or a PoE switch. Both are things that you can simply plug the device into so that it can be powered by the internet. The main difference is that a midspan can provide PoE to non-PoE networks, while the switch simply reads if the device is already PoE capable. In short, if your small business network wants to utilize power over internet but it wasn’t built for it, a midspan might be what you need.

What Are The Benefits to Power Over Internet?

There are a few disadvantages to this form of power. First, if you need to transmit over 100m of distance, you will need extenders. There is also a limit to the power expenditure. The standard power over internet provides about 15.4 W of power. More advanced standards have higher wattage. Additionally, the hardware that you use can split that power so that each device is actually getting less. Finally, there is a lot of not great hardware out there, make sure that the item you get is quality.

This entry was posted on Friday, July 9th, 2021 at 6:38 pm and is filed under The Industry . You can follow any responses to this entry through the RSS 2.0 feed. You can leave a response, or trackback from your own site.